← more from
Agogo Records
Get fresh music recommendations delivered to your inbox every Friday.

To Know Without Knowing 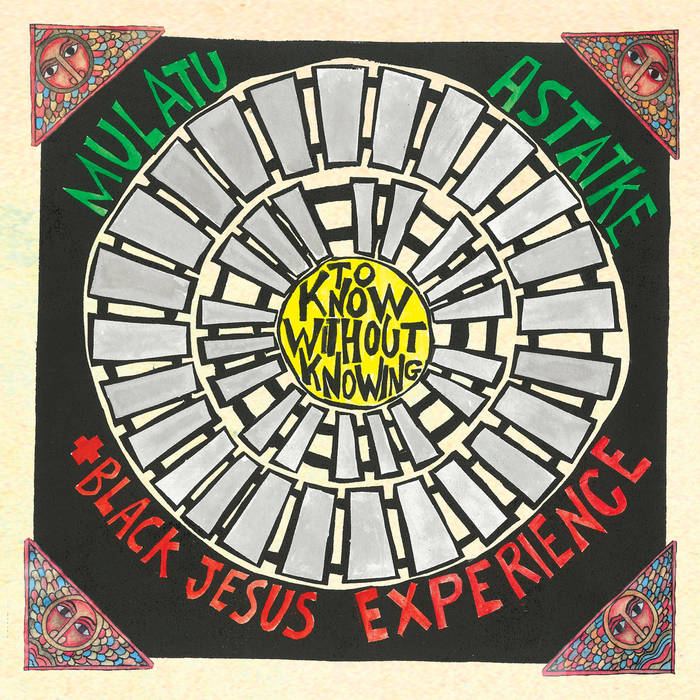 DTOCS Liked everything about this album but I felt the emcees took away from the music and the tracks would of been improved by their absence... The music deserved a deeper lyrical input than what the emcees were able to deliver... Still the music is dope... So swings and roundabouts

chris in the redwoods

★★★★ “An absorbing ride.
Collectivity, groove and a powerful live show are prized and shine through; perfect for the festival season we are sadly missing.”
The Observer – Neil Spencer

★★★★ “Beautifully layered and organic, trippy and hypnotic.
This is the good stuff, don’t waste a drop of it! ‘To Know Without Knowing’ reminds us that Ethio-jazz isn’t music that’s rooted in the 60’s but an ever growing, expanding art form that has such relevance today.”
Blues And Soul Magazine

“Lyrically inspired and musically assured, To Know Without Knowing, continues to expand the parameters of what Ethio-jazz can be in the 21st century.”
Bandcamp - Album Of The Day – Andy Beta

“Ancient to modern sensibility.
Rammed with more rhythm-stretching melody than its groove ought to have room for.”
The Guardian - Jazz Album of the Month- John Fordham

Since pioneering the “Ethio-jazz” sound in the late 60’s, Mulatu’s ascent in to the musical stratosphere is unparalleled. Born in Jimma, Western Ethiopia, Astatke moved to Wales to study engineering, before diverting his attention to music, moving to the US, and becoming the first student from Africa at Boston’s Berklee College of Music. Blending traditional Ethiopian scales with jazz arrangements, and Latin rhythms, Astatke pioneered the “Ethio-jazz” sound, which rose to prominence in the late 90s after the renowned Éthiopiques series, alongside the reissue of Astatke’s masterwork, Mulatu of Ethiopia. Having been sampled by the likes of Nas/Damian Marley, Four Tet and Quantic, as well as contributing a number of original compositions to the OST for cult director, Jim Jarmusch’s 2005 film Broken Flowers, Astatke’s influence on the wider music community and his unrelenting mission to bring the music/culture of Ethiopia to the world continues to this very day.

Having met Astatke at his nephew’s jazz club in Addis Ababa in 2009, BJX are one of the finest contemporary purveyors of Ethio-Jazz today. Bringing together artists from across Melbourne’s thriving scene and with members of Moroccan, Zimbabwean, Maori and Ethiopian heritage. Lead saxophonist and co-founder Peter Harper’s first introduction to Ethiopian music came from his father, a music teacher for the Ethiopian Navy band in the sixties, however it was upon meeting singer and future frontwoman of BJX, Enushu Taye that his love of the country’s vibrant music history really came to the fore.

Hailing from Ethiopia, Enushu began singing for her local community from a very young age. In 1992 Taye was forced to take refuge in Cairo and years later migrated to Australia, bringing her captivating voice and remarkable life story to Melbourne, and later forming the foundation of Black Jesus Experience with Harper, Ian Dixon (trumpet/flugelhorn), Pianist, Bob Sedergreen, and the “lyrical miracle”, Zimbabwean/Australian MC, Mr. Monk, amongst others.

Referring to the instinctual gathering of knowledge passed down, To Know Without Knowing marks BJX’s and Astatke’s second collaborative studio full-length, following the release of Cradle With Humanity in 2016 and a whole host of tours across Australia and NZ. The album kicks off with a rework of Astatke’s classic composition, the meditative Mulatu featuring LA-raised hip-hop MC, Elf Transporter, before moving into Ambassa Lemdi, a song taught to Enushu by her Grandmother about a mother singing for her daughter’s wedding, welcoming the groom and the joy of uniting their families.

Lead single, Kulun Mankwaleshi is an arrangement of a Ethiopian wedding song in the uniquely Ethiopian anchi-hoye scale and features a roaring saxophone solo from Harper, whilst the subsequent Stolen Land salutes the continued struggle for First Nations people of Australia with lyrical themes surrounding land ownership, displacement and colonisation and features a poignant vocal performance by Vida Sunshyne. The album’s title track riffs off the Ethiopian tezita minor scale, its deep and propulsive feel leads into Lijay (Lij means ‘Child’ in Amharic) a simple reggae inspired jam, before moving into Afro latin soul ballad Blue Light, featuring
the dynamic Astatke on vibraphone. East Africa and Cuba unite on Astatke classic Mascaram Setaba, featuring the brilliant jazz piano stylings of Bob Sedergreen and the lively Yoruba rhythms of afrobeat master (former long-standing Musical Director for Seun Kuti), Olugbade Okunade, before the blues-inspired album finale, A Chance To Give signs off a bold and vivid nine-track LP, reminding us that Ethio-jazz is not a music of the past but a continual source of inspiration and guidance for musicians across the globe.

Track Blurbs: To Know Without Knowing.

Mulatu was written by Mulatu, as he says, for himself. This arrangement features Mulatu on his signature instrument the vibraphone and flugelhornist Ian Dixon. Inspired lyrics from Elf Transporter pay respect to the traditional owners of Black Jesus Experience’s hometown.

Ambassa Lemdi is an arrangement combining an original song taught to Enushu by her Grandmother with a traditional Ethiopian song. It tells of a mother singing for her daughter’s wedding, welcoming the groom and the joy of uniting their families.

Kulun Mankwaleshi is our arrangement of a traditional Ethiopian wedding song in the uniquely Ethiopian anchi-hoye scale. Both polyrhythmic and polymetric sophistication provide the hypnotic foundation for this beautiful melody. Friends and family join the party on backing vocals climaxing with Peter Harper’s mesmeric saxophone solo.

Living On Stolen Land is dedicated to the First Nations people of Australia and acknowledges the pain and injustice of their not being recognized as the traditional owners of Australia. This track features guitarist Zac Lister and very special guest Vida Sunshyne. Its moody 6/8 vamp in D is a gateway to channeling the spirits of the land.

To Know Without Knowing is a suite in two contrasting movements, both using the same Ethiopian tezita minor scale over an unrelated pedal tone in the bass. It is conceived from, and is a vehicle to, a place beyond thought.

Lijay originated from a simple reggae inspired jam. Lij means child in Amharic. Enushu sings of her child being the realization of her dream, and her future. Monk replies with a child’s ode to his mother.

Blue Light was written for our dear friend Jeannie, for her journey from this life to the next. Originally written in traditional ballad form, this arrangement morphs to speak of the past, present and future.

Mascaram Setaba is an Ethio classic that showcases Mulatu’s study of the familial links between Ethiopian and Latin music. Mascaram Setaba means ‘when September comes’. September being the New Year in Ethiopia this is a celebration of rebirth and new growth. This new arrangement puts the spotlight on legendary jazz pianist Bob Sedergreen.

A Chance To Give is a 16 bar blues inspired by the joy of giving, originally conceived while street performing. It features Mulatu on vibes, Peter Harper on sax, MC Elf Transporter, and Robbie Belchamber on guitar.

BLACK JESUS EXPERIENCE (BJX) is an eight piece band playing an irresistibly danceable blend of traditional Ethiopian song and 21st Century groove. With backgrounds as diverse as the 5 countries the members of BJX hail from, their music reflects the multicultural vibrancy of the band’s hometown, Melbourne, Australia. MULATU ASTATKE does not need any introduction,does he ? ... more

Bandcamp Daily  your guide to the world of Bandcamp

Little Brother joins the show to discuss their beautiful journey, plus tunes from Fat Tony